For the Record: The Era of Tubes 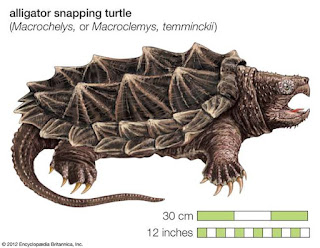 Got kind of snappish with a good Twitter friend, of which I'm not proud, but for the record, and because we maybe got somewhere:

A bit beyond the criticism of the media well deserved as it is what in the f*#k is Tom Perez doing?
After Iowa which was unforgivable now virtual rally failures?
You know that line "You had only one job"?
— Heim Yankel (@heim2yankel) May 10, 2020

People have a weird idea of what his one job is. DNC raises money and is doing it pretty well. https://t.co/cxwHJjInRn Much better than Republicans except in the dark money field. That's not the problem.
— Leaves of Yas (@Yastreblyansky) May 10, 2020

I don't know. Are you suggesting DNC should stop giving money to Biden campaign because in your opinion Biden campaign doesn't spend it effectively? Or it should use some power it doesn't institutionally have to force changes on campaign? What's the value of badmouthing Perez?
— Leaves of Yas (@Yastreblyansky) May 10, 2020

The party is doing plenty, with a coherent strategy. Perez isn't a savior, and Biden isn't either, but institutions of which we need to be active members are out there. https://t.co/0jodflW3mJ
— Leaves of Yas (@Yastreblyansky) May 10, 2020


Of course that isn't even going on yet, and doesn't really begin until whatever we have for a convention, and when it is it will more likely be a matter of Biden giving money to the DNC for the state parties and congressional and local races, as it was with Hillary Clinton, rather than the other way around.

Well that wasn't what it sounded like to me. Didn't mean to jump on you.

To me it's also unsafe to think the Internet can simply replace the traditional meatspace activities--door-to-door, public convention, GOTV. I feel as if there has to be some other thing as yet unimagined.
— Leaves of Yas (@Yastreblyansky) May 11, 2020

As far as the debacle of the Iowa caucus (for which I thought the local party, not DNC, was to blame) goes, it was an embarrassment to us obsessives and a thrill to the news media, but was it relevant to campaign? Who says "I'm voting GOP because Dems took a long time to count"?
— Leaves of Yas (@Yastreblyansky) May 11, 2020


I stand by the thought that we too often attack individual functionaries when we should be looking at structural factors—it's a lazy substitute for focusing on the difficult things that really natter, and it ends up doing real harm as we waste energy quarreling about irrelevancies. But I think Heim's right to note that we really have a problem.