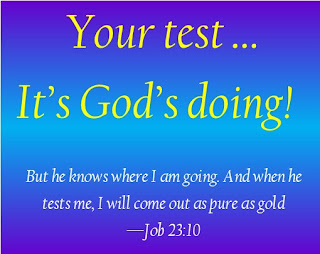 Our emperor was lamenting the vagaries of coronavirus testing, which don't always come out the same way, "all of a sudden", "out of the blue", "for some reason":


The Whole Concept of Tests
by Donald J. Trump


Apparently Pence got a Covid test, negative, and then went to Iowa as previously scheduled, where he spoke to "faith leaders and Republican officials"


about the importance of resuming religious services, saying the cancellations in the name of slowing the spread of the coronavirus have “been a burden” for congregants.... a source of heartache for people across the country...


later in the day with agricultural and food company executives

which doesn't sound as romantic and mysterious.


Katie is of course the bride of the White House's stormtrooper rhetorician Stephen Miller, and I'd like to know why nobody's telling us whether he's been tested or not. Perhaps he and Mrs. Miller don't live together, as indulging in the soft pleasures of domestic life might weaken him and make him unfit for his struggle in the cosmic battle he must fight.

What I really want to know, obviously, is not exactly what Trump thinks is the relationship between testing and having the disease as what he wants his audience to think.

His own attitude is pretty clear, though complex; for the wider public, he'd like to limit it as much as he can, because every Covid-19 case discovered is an unhappy number that makes him look bad, as he's said more or less openly from the outset. Of course the failure to test will itself be responsible for more disease and death, as it makes contact tracing difficult or impossible, but he doesn't seem to get that, perhaps because it requires long-term thinking, or perhaps it's just his gamble, his hope that the virus might just go away and leave him alone, his belief that he's a lucky person and these bad consequences are just as likely not to happen. Inside his court in the Forbidden City, on the other hand, he understands the scientific value of testing pretty well as a way of hiding his own imperial person from the virus, which is why he's having everybody who might come in contact with him tested on a daily basis.

I'm still not convinced, by the way, that he has ever been tested himself, even now, though we're told he and Pence also get it daily—that's part of the reason for all the frantic testing around him, so that he doesn't have to, if only because his septa are so ragged from whatever he snorts that he's afraid of the potential pain. He also may have.a residual belief, though, that a test could make him sick not by biological means but magical ones: taking a test would be a bad gamble, a hedge, shorting his faith in his own luck, and the gods might punish him for that by infecting him for real.

That's what he'd have been referring to in the case of Mrs. Miller, you see, in this remarkable piece, with its refrain structure reinforcing the concept of a positive result as a blow out of nowhere, as something that wouldn't happen if tests were as good as they're supposed to be; did she get the bad news as a consequence of looking too hard for it (under presidential compulsion, of course, but Trump's not interested in taking the blame)? And can he use that as a cautionary tale for the audience? So they should count themselves lucky they don't get to have all that testing, because it could only lead to grief.