About that brokered thing: the Sorkinian view 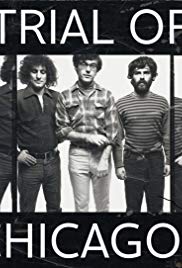 BradleyKSherman, just now, in the comments:

A brokered convention, assuming it's not a replay of Chicago '68, could be a wonderful asset to the blue team. Instead of it just being the ritual anointment of a candidate everyone already knows is the nominee, it could have real drama. Must-see TV, if you can stand watching these people on TV, which I can't but, apparently the majority can.

I totally agree, and coincidentally there's a piece in this weekend's Times Magazine with a hilariously relevant headline:

Aaron Sorkin on how he would write the Democratic primary for ‘The West Wing.’

That would clearly go to the open convention and wonderful, heartbreaking dénouement where the guy who most resembles Martin Sheen, who stayed out of the primaries altogether (my money on Sherrod Brown for this role), gives his speech to the floor and—spoiler—rejects the nomination that's been held out to him by the baffled superdelegates and tells them they have to just keep voting, even if it takes the 103 ballots it took in 1924, because that's what's American and what we believe, and that's where the show ends, as the delegates understand that democracy is work. Who they actually end up nominating is less important than that.


That would be bad Aaron Sorkin at its sort-of-good extreme, but the article, it turns out, is an interview (by David Marchese) with good Aaron Sorkin, the author of Moneyball and A Few Good Men, and says virtually nothing about the 2020 Democratic primary. The headline is a complete scam.

At the same time, it does say something relevant, because as it turns out Sorkin's new movie (direction and screenplay) is set in the context of the last open convention, in Chicago 1968 and the way radicals tried to engage with the machinations of the Democratic party: The Trial of the Chicago 7, scheduled for release at the beginning of October, and the central dramatic conflict is in an issue that I think we're concerned about here:


My impression of Abbie Hoffman is that he believed that the right response to the problems of American society and its institutions was to make a mockery of them rather than try to change them. My impression of you is that you believe pretty strongly in the inherent value of those things. So what drew you to him as a character? It isn’t so much Abbie, who’s played by Sacha Baron Cohen, as the relationship between him and Tom Hayden, who’s played by Eddie Redmayne. The two of them back then hated each other. They ended up after the four-and-a-half-month trial as sort of estranged brothers. Their running argument is the same argument that this new generation of voters is having with the generation that came before them. Tom, in a climactic scene, blows up when Abbie asks him, “What’s your problem with me?” Tom says: “My problem is that for the next 50 years, when people think of progressive politics, they’re going to think of you. They’re going to think of you and your idiot followers passing out daisies to soldiers and trying to levitate the Pentagon. They’re not going to think of equality or justice, they’re not going to think of education or poverty or progress. They’re going to think of a bunch of stoned, lost, disrespectful, foul-mouthed, lawless losers. And so we’ll lose elections.”

(That sounds like bizarre casting: doesn't Baron Cohen look about 30 years older than Redmayne? But I guess the answer is Baron Cohen looks exactly as old as he wants to look in any given part and the poster makes it look cringily perfect.)

Is that the way Tom spoke, in pure Sorkinian, in 1969, at a time when everybody from Cointelpro agents to The New York Review was denouncing him for being a "terrorist organizer", an "authoritarian Stalinist", or "soft on violence"? Not quite. Sorkin is projecting toward the maturer Hayden, the one who was married for a while to Jane Fonda and founded the Campaign For Economic Democracy in alliance with Governor Jerry Brown and spent 18 years as a legislator in the California Assembly and Senate, and suggesting, I guess, that that guy was latent in the young SDS founder, as the lonely suicide was maybe latent in young Abbie, and it's not necessarily wrong, for filmmaking purposes, to compress the development into a more limited historical space.

But it is true that Tom was always concerned with revolutionary praxis even as the kind of revolution he had in mind became more modest, and Abbie with performativity. I as a teenager loved and longed to emulate Abbie, for his wild imagination and humor, and I'm not taking it back, but I'm realizing I love him as an artist.

And the proto-Bernies of Movement days I love to complain about, who ran small-town radical meetings with annoying rigidity and inability to listen to others? They weren't Tom Hayden either; they were artists as much as Abbie Hoffman, I'm starting to see, performative in that sense, but not very good ones.