So Jordan was wondering over in the comments how David Brooks might have reacted to the Clinton impeachment 20 years ago, and I found something kind of—unsurprising might be the right word, from David Nyhan writing for the Boston Globe in January 1999, who watched a Brooks appearance on PBS looking back at the failure of the Senate trial, and, spoiler, no, he didn't talk about how Gingrich's House ought to have been working on infrastructure bills instead:


"This is a Great Lost Cause," he enthused of the Republican drive to snuff out the Clinton presidency. "We fought for truth, for justice," he said. That notion was novel to me. This whole thing has looked like a down-and-dirty political ambush from the word go, to me and to most Americans. I could never buy the William Bennett Moral Crusade; I always suspected that was a book-tour con.

But Brooks found what he gamely phrased "a kernel of romance" for Republicans in this yearlong dive into the cesspool of semen-stained dresses, cigars in the wrong places, sneaky tapes of a ditzy young intern by a repulsive Republican operative (can anyone defend the taxpayers still paying $90,000 a year to Linda Tripp for her no-show Pentagon job?), and the greasy pawing-over of tapes, transcripts, appointment logs, Secret Service records, and other detritus of the 60,000-page House impeachment probe.

Brooks looked ahead to the Republican National Convention of 2000 and through the mist of the future, saw Henry Hyde, chairman of the House Judiciary Committee, being summoned to the podium to accept the plaudits of a grateful party, with the crowd roaring for Hyde and his fellow impeachers: "They stood for principles against the polls."

It strikes me that there's more to this than simple hypocrisy, a simple double standard for Republicans vs. Democrats; or maybe I should say it's a motivated double standard.


In the sense that if Brooks complains (wrongly but that's a separate issue) that Democrats have wasted their time doing impeachment when they ought to be developing programs for improving society in various ways, but praises Republicans for doing impeachment as a fight for truth and justice (wrongly, but that's a separate issue too) and doesn't care that they're not developing programs for anything, it's because he has different expectations of the two parties—literally, he expects them to be doing different things. Democrats are supposed to be running around changing things, Republicans are supposed to be defending the majesty of things as they are. Democrats are a threat to things as they are, why the hell would they be poncing around on behalf of truth and justice? That's just perverted, from Brooks's point of view. And the failure of the Gingrich House to do much of anything (with their Contract With America, designed to prevent government from doing anything other than increase the degree to which people were policed) was just fine. At least they had successfully dramatized their position.

Or, abstracting it out a level and making it (a little bit) less tendentious, I'm suggesting something new, and kind of structuralist.

If you know the characteristic 2-dimensional representation of the political spectrum, which I think goes back to that fascist Hans Eysenck, then you know what it does is replace the conventional one-dimensional left-to-right spectrum with a two-dimensional graph, where one dimension is something like "authoritarian vs. democratic" and the other something like "stingy vs. generous" (or "liberal" perhaps); there are many variants, and I'd like to keep mine as generalized as possible.

The authoritarianism scale refers to how diffuse you want political power to be, with authoritarians preferring a stable top-to-bottom hierarchy (generally with the describer somewhere around the top) and democrats preferring a loose and flexible arrangement where anybody has power to exercise on matters they care about. The stinginess scale refers to how you might want wealth ideally to be distributed, which is not the same thing. You can imagine a system of four quadrants as in the illustration, with the communists at the upper left, the conservatives at the somewhat upper right, the anarcho-syndicalists at the lower left, the libertarians at the lower right, or whatever, in the customary picture.

What I'd like to propose is a third dimension, which we might call "performative vs. transformative", covering that thing Brooks calls "conservative", the ritual performance of the way things are as a way of defending that status quo, versus the radical insistence on making change, contrasting those who act out the ideal with those who try to forge it, those for whom the ideal is more or less attained and must be defended with those for whom "the point is to change it", producing a cube of eight octants 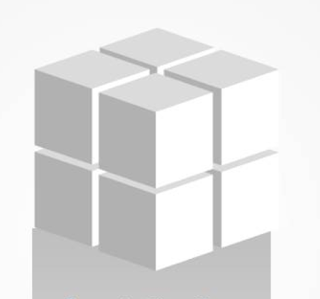 where, let's say, left-to-right is the generosity scale, up-to-down the authoritarianism scale, and back-to-front the performativity scale;


with 16 12 interfaces (I think) where you can imagine a "center" or rather a potential for coalition (when you push it to three dimensions it's a lot easier to see the vanity of a center concept; you could create one by turning all our dichotomies into three-ways, like the mushy center of a mochi ball, but you know you don't want to).

Coalitions, in fact, such as Republicans at the front-right and Democrats at the bottom-left. The asymmetry between the two (one divided on the performativity axis, the other on the authoritarianism axis) accounts for the fact that they don't even seem like the same kind of thing, neither opposite nor reconcilable, but in different kinds of debates, and the double standard is kind of intuitive—you evaluate them in different ways.