The Crime That Disappeared 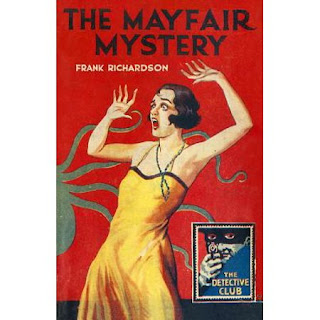 One of the things that's always bothered me about the Ukraine-shaped Gestalt of the House's ongoing impeachment strategy may just have begun emerging, according to reporting from CNN (via TPM):


Ukrainian officials are discussing ways to improve their country's standing with President Donald Trump amid the continuing fallout from the impeachment inquiry, two sources told CNN.

It's that, at least over the short term, the Ukrainian government has an interest—I almost want to say a "legitimate interest"—in acting as if all this stuff is perfectly normal. Because, as I was saying, ever since the inauguration (and the awful Vogel and Stern story accusing the Poroshenko government of trying to "sabotage" the Trump campaign), the central goal of Ukraine's US policy has of necessity been don't make Donald mad.

As we saw at the UN meeting between presidents Trump and Zelenskyy after the shit hit the fan:

“Sure, we had — I think good phone call. It was normal. We spoke about many things, and I — so I think and you read it that nobody pushed me,” Zelensky concluded.

"It was normal." And then Trump revises the statement, right there in public, to make it say what he wanted it to say, and later endlessly quotes it as Zelenskyy's statement rather than his own, to demonstrate that there was "no pressure".

So it seems probable that Ukraine will make that announcement after all one of these days, updated in some way so that it's not exactly the thing Trump was demanding (that's what "look into current issues" refers to), and all the Republicans and their media enablers will be saying that it's normal. It's one of his most effective maneuvers, when one of his crimes is revealed, to move it out into the public square and commit it again, so you'll ask yourself, wait, is that a crime at all?

Just try to remember how hard they worked to conceal it!

And then this from House Judiciary's Tom McClintock (R-CA) explaining to Martha Raddatz on ABC This Week (via Yahoo) why there was nothing wrong with the famous 25 July call from Trump to President Zelenskyy is instructive:


“Well, he didn’t use the delicate language of diplomacy in that conversation, that’s true,” the congressman responded. “He also doesn’t use the smarmy talk of politicians.”

He continued: “What you hear from Donald J. Trump is the blunt talk of a Manhattan businessman. He says what he means, he means what he says. That’s the only thing that’s remarkable by that conversation.”

The question isn't whether he bullied the president of a sovereign nation into offering him an illegal campaign contribution, but whether he did it in the "delicate language of diplomacy", and sorry, folks, that's not how Donald rolls. When he extorts your cooperation in some nasty affair he comes right out and tells you, in his plainspoken Manhattan manner. (Somebody on Twitter pointed out that it was really more Queens, the borough Donald comes from, but that's not the point.) That's not true, either, as others have noted, according to the testimony of Giuliani's predecessor Michael Cohen:


“Mr. Trump did not directly tell me to lie to Congress. That’s not how he operates. In conversations we had during the campaign, at the same time I was actively negotiating in Russia for him, he would look me in the eye and tell me there’s no business in Russia and then go out and lie to the American people by saying the same thing,” Cohen told the House Oversight Committee in a public hearing.

But it's the impression he'd like to provide; that he's the guy with nothing to hide, offending more by his "blunt" simplicity than anything else.

It's the same thing, really, that Donald is trying to do when he complains that it was "a perfect call", again trying to move the debate from the crime he committed to whether he committed it nicely, indirectly denying it was a crime. Or indeed in October 2016 when he publicly confessed to "grabbing" women's genitals and the campaign called it "locker room talk", turning an accusation of sexual assault into an accusation of using the word "pussy".

Of course Cohen was right: Trump in committing an act of extortion isn't "blunt" at all. He's maddeningly indirect. He's in a constant rage at the White House as staffers try to guess what he's asking them to do. The Ukraine story is a classic example: when Gordon Sondland finally asked him straight out,

Trump refused to answer: "I want nothing!" And then when the exchange became public used this absurd statement, an obvious lie, as evidence of his innocence.

In these ways, Trump makes the crime disappear, and it looks as if the poor Ukrainians are going to collaborate with the effort.

In order to show the president's guilt in such a way that the journalists are forced to recognize it (forget about the Trump voters, let's talk about the political reporters and opinionists), we should be detaching quid and quo as parts of two broad categories of criminal behavior.

When he demanded Zelenskyy's campaign assistance, he was in his regular pattern of abuse of power: shaking people down for personal favors, regardless of whether it was under the pressure of some specific threat, whether it's advising them that they really should schedule their functions at his hotel or shutting down the federal government if they won't fund his stupid campaign gesture of a "wall". That's impeachable, even if we can't prove that he was connecting it to his refusal to obey the congressional mandate.

And we can prove he makes a regular use of holding out against congressional mandates. When he held back Ukraine's military aid without explanation—not even revealing for months that he was holding it back as the Ukrainians kept checking their bank accounts wondering where the money was—he was in his regular pattern of refusing to take care that the laws be faithfully executed, regardless of whether you can establish what he was holding out for. ("I want nothing!" means, "I won't tell you what you have to do to get them their money, you have to figure it out," though it's equally clear that he would simply have preferred not to give it to them, presumably to please Putin)—as when he uses every possible subterfuge to avoid Congress's mandate of sanctions on Russia over the Ukraine invasions or the election interference, or when DHS and DOJ refuse to stop separating the families of Central American asylum applicants or do anything to reunite them. He has refused his assent to laws most wholesome and necessary for the public good, as Jefferson said of George III. That's plenty impeachable too, even if we can't prove what his motives are.

And then we can't prove them because of a third strand of working to hide the connections, of obstruction of justice, of which we have a huge wealth of evidence in the Russia matter but more than enough in the Ukraine question as well (with the flagrant contempt of Congress in the refusal to supply the House committees with witnesses and documents). I hope Schiff and Nadler find a way to show that the Ukraine case is only an exceptionally clear case of the ways he conducts all his business.

Email ThisBlogThis!Share to TwitterShare to FacebookShare to Pinterest
Posted by Yastreblyansky at 7:15 AM Labels: Emperor Trump, impeachment, racketeering, Ukraine