[I]t is a simple fact of science that nothing correlates more with ignorance and stupidity than youth. We’re all born idiots, and we only get over that condition as we get less young. And yet there’s this thing in this culture where, ‘Oh, young people are for it so it must be special.’ No, the reason young people are for it because they don’t know better. That’s why we call them young people. [...]


The fact that young people think socialism is better than capitalism. That’s proof of what social scientists call their stupidity and their ignorance. And that’s something that conservatives have to beat out of them. Either literally or figuratively as far as I’m concerned. (cited from Think Progress)

Maybe Jonah (who got his first winger-welfare sinecure at the American Enterprise Institute when he was 22 or 23) was just born old, but I'm guessing he must have been beaten pretty thoroughly. 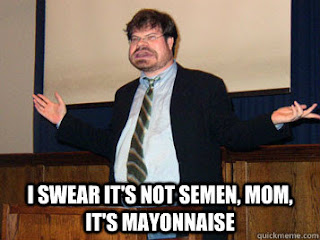 Governor Cuomo's plan to build a casino and convention center adjacent to the Aqueduct racetrack in one of the most forlorn parts of Queens appears to have fallen through, as our Malaysian partner, Genting, withdrew, whether because of uncertainty as to whether the necessary changes to the state constitution would be made, or because they were expecting exclusive rights to gambling in New York City and not getting them, or maybe because it was just an awful idea. Because why on earth would anyone book a convention next door to JFK Airport—so they could walk over from the terminal? If you're visiting New York, you at least want to visit Williamsburg, right?
The Turkish pianist and composer Fazıl Say is in trouble for irreverent tweeting: as the Digital Journal reports,


In an apparent reference to Islam's enticement to men about the afterlife, Say quoted from a verse by the famous Islamic poet Omar Khayyam, tweeting,


You say wine will flow from its rivers,
Is heaven a pub?
You say two women per believer,
Is heaven a brothel?

Say also tweeted that he's an atheist and proud of it. In another tweet he made fun of a muezzin that finished the call to prayer in 22 seconds. He asked, "What's the rush, a lover or the raki (booze) table waiting for you?"

An Istanbul court has charged him with “publicly insulting religious values that are adopted by a part of the nation,” with a trial date of October 18, and he could get up to 18 months.

If you think quoting Omar Khayyam is rude, you should see what he does to Brahms and Rakhmaninov: