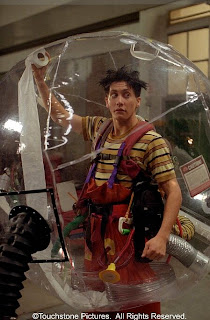 Digby reports an amazing anecdote from Daniel Klaidman's Kill or Capture: The War on Terror and the Soul of the Obama Presidency. It seems what convinced Eric Holder that there was something wrong with waterboarding was Christopher Hitchens's 2008 Vanity Fair article and the appended video about his own being waterboarded: [jump]

The article and video spurred Holder to look more closely at the interrogation tactics of the Bush era, and he was “increasingly convinced that he would need to launch an investigation, or at least a preliminary inquiry to determine whether a full-blown probe was warranted.” (excerpt in The Daily Beast)


The country had been talking about waterboarding for years by that point. This video of Matt Lauer (Matt Lauer!) grilling president Bush in 2006 shows that it was a very contentious issue long before Hitchens wrote his column. Ron Susskind had written The One Percent Doctrine two years earlier. Jane Mayer had written her groundbreaking story on the black sites in the New Yorker the year before.

And yet the soon-to-be attorney general of the United States was genuinely shocked—not shocked-shocked like Captain Renault—to learn that the government might have been torturing people! He really hadn't heard about it earlier.

There was another incident a couple of years ago that made me feel this way—when the great blog artist Susie Madrak was on one of those conference calls with David Axelrod trying to soothe the scribes of the intemperate progressive community after a week or whatever of White House sneers at "the professional left", and she asked him point blank: "Have you ever heard of hippie punching?"

It didn't exactly come as a surprise, but a revelation all the same: these people, Axelrod and Plouffe, Daley and Emanuel, the president himself, didn't actually know anything about the "professional left" except that it was annoying; they didn't read the blogs—perhaps some underling did, but reported only in numbers (favorable vs. unfavorable), not content, as with letters from the citizenry. It was a whole universe of discourse produced by smart people desperate to help Obama be great, and Obama and his people had no interest in it whatsoever, except for wishing it wouldn't be shrill. (It was shrill, so they didn't hear it, but couldn't help overhearing it.)

Then again, it was only the blogs, and received opinion everywhere was that the blogs weren't Serious (not serious like Thomas Friedman and Maureen Dowd! and Tim Russert and Chris Matthews!). It made me feel sad and alienated—I was a blog junkie myself at this point, as the Democrats threw away the 2010 election, checking Kos and TPM several times a day—but it didn't make me what's-wrong-with-you-people angry.

Besides, there was the Bush administration to think about. When Bush was president, you knew that you on your own knew more about the difference between Sunni and Shia, say, or about the theory of natural selection, than the entire cabinet. But Obama and his people were more like equals, thoughtful and educated—why should they need to pay attention to us?

But now I'm starting to wonder: Eric Holder reads Christopher Hitchens in Vanity Fair but not Jane Mayer in the New Yorker. Maybe Timothy Geithner reads the Wall Street Journal but not the New York Times. Maybe Arne Duncan keeps up with education news in U.S. News and the Washington Post in the belief that they'll cover any important research. Maybe David Axelrod reads The New Republic to find out what liberals are thinking about. Maybe somebody says, "Who is this shrill Paul Krugman and what is he trying to say?" and everybody else says, "Don't know, but he's damn shrill."

How isolated are these people, actually? How limited are they in their ability to hear about unfamiliar things like Keynesian economics or the threat of rising sea levels? Maybe they don't know any of this stuff at all!