My Unpopular Opinion: In favor of Paygo from the left 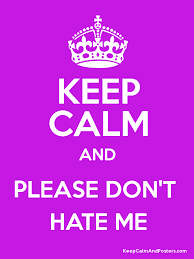 It looks as if the new House of Representatives is going to adopt what is known as a "Paygo" rule for legislation, short for "pay as you go", which reminds us all of deficit-busting hysteria from 1990 through 1997 and the worse that came after, and is going to cause a lot of howling out here in the peanut gallery, and I've been reading around a little bit about it, and I'm afraid I'm going to ask folks to calm down a little bit—not that congresscritters who have promised constituents to vote against it should go back on their word (if only because I'm sure Speaker-to-be Pelosi knows who she can spare in the vote), though Progressive Caucus chairs Mark Pocan and Pramila Jayapal will in fact be voting in favor

In good sign for Pelosi/Dem leadership, Congressional Progressive Chairs Reps. Mark Pocan and Pramila Jayapal will vote for the rules package despite including PAYGO

Makes path to 18 much more difficult for Khanna and AOC


—but that persons of progressive views in general need to understand that there are a lot of serious misconceptions going around about what Paygo is and what it isn't: and that it is not a neoliberal conspiracy to privatize Social Security, as I've been learning from a piece from early December by Robert Greenstein for Dean Baker's Center on Budget and Policy Priorities suggesting that "Paygo" is a tool that can further progressive goals, especially if you're among those of us who believe the reduction of economic inequality entails taking away wealth from those who have too much, in the very stern terms laid down by Anand Ghiridaradas:

Heroic rhetorical effort will go into obscuring the difference between the two.

The everyone-betterers will sustain neoliberal rule. The pull-down-plutocrat types will seek to end it.
— Anand Giridharadas (@AnandWrites) December 30, 2018

That is: if you take the position that deficits are a triviality, and the government should be able to raise spending or cut revenue without worrying about consequences, you're taking an everyone-betterer position, which invariably leads to an increase in inequality as those who have continue to get and those who don't have get less or lose. Taking deficits seriously doesn't necessarily mean austerity—the refusal to increase spending where it's needed—but the choice between austerity and redistribution, maintaining a current level of inequality or bringing it down.

Because one of the things Paygo was, from the beginning, when it was developed by the Democratic House in 1990 as they prepared the legislation in which George H.W. Bush would break his "Read My Lips" pledge, was an effort to make sure that its redistributionist provisions (rise in the top marginal income tax rate from 28% to 31%, 30% excise taxes on cars, boats, planes, and furs beyond a certain maximum price tag, and on the entitlement side, a rise in the payroll tax for Medicare insurance from a cap on wages over $53,400 to over $125,000) wouldn't be taken away by subsequent Congresses.

The Paygo rule is that the House can't pass a bill cutting taxes without cutting a matching amount out of the budget, or a bill adding spending on "direct spending" (mainly entitlements, or the social insurance programs of mostly Social Security,  Medicare, and unemployment, and the SNAP program) without finding revenue to pay for it, for example that raised cap on Medicare premiums in the 1990 bill, or the raised cap on Social Security tax which will enable us to increase retirement income for everybody when we get around to it.

And it didn't stop the W. Bush mob from in essence obviating the H.W. Bush tax cuts in 2001, which they did with the curious subterfuge of declaring that their tax cuts would only last for ten years, so that it wouldn't be possible to say how much it was going to cost in the long run, which was kind of a shame. And after the Paygo statute expired in 2003, and the W. Bush administration took advantage of that—not to create a deficit by raising anybody's Social Security returns, are you kidding?, but by accelerating that massive transfer of cash to the wealthy, and the orgy that added $5 trillion to the national debt.

Democrats reintroduced Paygo in the 111th Congress at the beginning of the Obama administration, which didn't stop them from the massive spending that stopped the bleeding of the mortgage crisis or overhauling the health insurance system. I'd argue that Paygo discipline was one of the elements that crafted the the Affordable Care Act into an institution so solid that all the furious sabotage efforts of Republicans have been unable to dislodge it. Though it may also be that the four-year delay in implementing the ACA (caused by the Senate's equivalent of the Paygo rule) contributed politically to the Republicans' taking Congress in 2010 and keeping it in 2014.

After the 2010 election, Republicans got rid of Paygo and replaced it with something really pernicious, which is still in effect: what's known as Cutgo, which keeps the Paygo rule on entitlement spending but gets rid of the rule on tax cuts, which is what enabled the terrible Trump tax law seven years later. Greenstein adds,


Adding to its ideological tilt, it precludes using revenue-raising measures to pay for improvements in entitlements (such as Medicare and Medicaid). So, under CUTGO, House members are barred from eliminating costly, unintended, and regressive tax loopholes to help finance improvements in health care or other programs — but they’re not barred from making budget cuts that take food, health, or economic assistance away from people in need.

The most important thing for the House leadership to do today is to eliminate the Cutgo rule, and if Pelosi thinks the best way of doing that is to reinstitute Paygo, which served her, and the nation, very well last time she was Speaker:


Consider the Affordable Care Act (ACA), which was paid for. It not only brought health insurance to 20 million more Americans; its “pay-fors” were sound progressive policy on their own that both made the tax code more progressive and helped slow the rate of growth in health care costs that both government programs and consumers face. For example, the ACA raised Medicare taxes on the earned income of wealthy Americans and imposed a new Medicare surtax on their unearned income, including their capital gains and dividend income. Those two taxes generate about 80 percent of their revenues from households with annual incomes above $1 million. The ACA’s pay-fors, including these Medicare taxes, made the tax code fairer and more progressive, strengthened Medicare’s finances, and helped moderate health-care cost growth, all of which are solid progressive goals.

And there's no reason, Greenstein argues, why it shouldn't apply again:


A similar dynamic may occur in the new Congress, where a PAYGO rule could help broaden support for progressive legislation, including legislation that reduces inequality and makes health care more affordable. A number of new House Democrats from red or purple districts campaigned in part on fiscal responsibility. Such new House Democrats are likely to find it much harder to vote for major policy advances that progressives strongly support if those measures would add significantly to deficits and debt. They are likely to support major progressive legislation more readily if it’s financed. And there is no shortage of sound, progressive proposals that can serve as “offsets,” especially after years in which policymakers enacted a slew of regressive, inefficient tax cuts.

Some of this might even be enacted right now, because Trump could be persuaded that it's his idea, most importantly this:

Other stuff would have to wait until 2021—


Senator Elizabeth Warren, for example, recently introduced legislation to address the nation’s growing housing affordability crisis by making substantial public investments in affordable housing — and paying for them with progressive revenue-raising measures that would help reduce wealth inequality by ensuring that heirs of the nation’s richest families pay a more reasonable estate tax on their vast inheritances.

—but it would be well worth the wait.

Republican deficit hypocrisy has given a bad name to responsible budgeting, which Republicans haven't actually tried for the last 40 years, and I don't want to advocate anything like German-style austerity, but I'm convinced this narrowly-targeted rule has never done any harm, and may have done some real good which could, insh'Allah, continue in the future.

The rule package is going to pass in any case, and it's got some unambivalently good stuff—see this thread:

Please accept that Pelosi has a plan here, and it's for us.