For the Record: Is Samantha Bee a Traitor to Feminism? 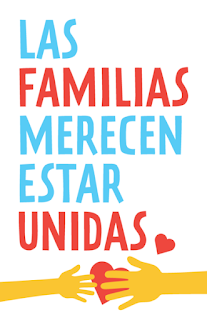 The main thing wrong with the expression used by the comedian Samantha Bee to describe Senior Counselor to the President Ivanka Trump, by which I mean the only thing wrong with it, was that it gave Republicans a way of distracting us from the issue Bee was talking about, which didn't seem to be a part of any of the news stories, but as I learned from Steve, it was the issue that's obsessed me all week. Some idiot kid set me off last night:


If you think feminists call for a double standard and giving women advantages they don't deserve that's because you don't understand.

Feminists call for EQUAL RIGHTS and equal responsibilities. When a woman is vicious and corrupt Bee calls her out just as she would a man.
— Post-Impressionist Liberal (@Yastreblyansky) June 1, 2018


Ivanka Trump posing for soft-focus pictures of what a happy mother she is, pictures to enhance her brand though she's supposed to be working for the government, while her boss is ripping families apart and she pretends not to know, is truly a #FecklessCunt and Bee was right.
— Post-Impressionist Liberal (@Yastreblyansky) June 1, 2018

By the way tomorrow's the National Day of Action for Children. https://t.co/Bd8hm4Sncj Let's devote ourselves to being more like Samantha Bee and speaking out.
— Post-Impressionist Liberal (@Yastreblyansky) June 1, 2018


On the last, you can sign a petition, find an action to participate in, or download a poster here.

There's something interesting about that assumption that there's something wrong and hypocritical with Bee calling herself a feminist and yet attacking the president's Senior Counselor who happens to be a woman, just because she's selfish, corrupt, and um feckless. I think it explains some of the hostility on the rightwing part to what they call "identity politics", also known as "tribalism"—a belief that caring about the rights of a particular ethnic or religious or whatever kind of group constitutes believing that the identity overrides other considerations. It's assumed that a Black Lives Matter member is wholly indifferent to non-black lives.

There was another comical case of that in Dinesh D'Souza's reaction to the president's unexpected decision to pardon him for his crimes, which was of course a dance of vindictive triumph, because that's who Dinesh is:

“KARMA IS A BITCH DEPT: @PreetBharara wanted to destroy a fellow Indian American to advance his career. Then he got fired & I got pardoned.” –Dinesh D’Souza pic.twitter.com/zgHXfo8aCJ
— MAGAPatriot🇺🇸Steve (@RealMAGASteve) May 31, 2018

D'Souza's rage against the prosecutor of his case is sharpened by rage that the prosecutor was of a South Asian background. D'Souza doesn't hold with "identity politics" himself, of course, but he assumes Bharara does, and therefore was betraying his own principles in taking D'Souza's case to court. They believe that's how "identity politics" works, and whenever they see evidence it's not the case, whether it's young Ryan appalled by Samantha Bee or Dinesh burning with resentment against the brilliant and universally admired Bharara, they fly into a fury.