For the record: Cons and Fusion 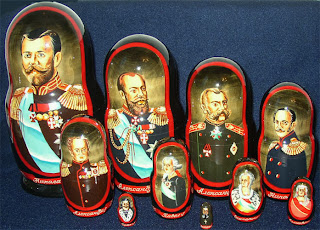 
Well, no, not exactly. Or at all, come to think of it. Bill Browder's testimony to the Senate provided no information we didn't already have, and had no bearing one way or another on who Russia supported in the 2016 election, probably, but Trump might do better to avoid the question (which is one of those things the press can't talk straight about, because it involves some unreported speculation, but I can).


Browder was talking about a job done not "for Russia", but for oligarch Denis Katsyv and his Cyprus-registered firm Prevezon Holding, in a fairly gigantic money laundering case in which the US Russian government was defrauded of some $230 million in tax payments.

And yes, that's the case Sergey Magnitsky was working on, on Browder's behalf, when he was arrested on trumped up charges and probably murdered in his Russian jail. Browder, grandson of the longtime general secretary of the Communist Party USA, became something of an oligarch himself in the privatization fever of the 1990s, and was subsequently robbed of a good deal of his fortune in the phony Russian tax fraud case Magnitsky was investigating for him when he learned that that government-stolen money and the money Katsyv was laundering in New York were the same, which is how the New York case originated (see this fairly coherent account from Radio Free Europe last year).

One of the companies Prevezon hired to help out in defending the case was the US research firm Fusion GPS, a group of former Wall Street Journal investigative  reporters, doing "opposition research" on Browder himself and poor Magnitsky. And it just happens to be the firm some anti-Trump Republican (I believe generally understood to be J.E.B.! Bush) hired to do opposition research on Donald J. Trump during the presidential primary campaign, which led to the compiling of the famous Christopher Steele dossier, with its sensational allegation of the peepee tape and much more important (and increasingly corroborated) reports of financial and electoral skullduggery involving Trump campaign people and various suspicious Russians.

Of course you can say Fusion's work for Prevezon was "for Russia" in the sense that the Russian government is a criminal enterprise of which the Katsyv family is members in good standing. You might also say it was "for New York City real estate", since that's a large part of where the money got laundered, which is how then US attorney Preet Bharara got involved in prosecuting the case.

Fusion's work for Prevezon (in 2013) and its work for J.E.B.! (in 2016) have no conceivable relation to one another, though. If the former is arguably pro-Putin, the latter is even more arguably the opposite; the stories it tells about criminal behavior inside the Russian government--using theft, extortion, bribery, and blackmail in its attempt to influence US politics--are attacks on the Russian government much more than they are on Trump himself (who isn't accused of knowing what his lieutenants, Page, Manafort, Stone, and so on, were doing). You might as well say Alan Dershowitz's recent defense of Trump proves Trump is in league with O.J. Simpson. (I'm not saying he isn't! We just don't know!)

The right-wing noise machine is working to create such an argument, though, with the idea of tainting the Steele dossier (with which Fusion has little connection anyway; their involvement ended when Bush dropped out of the race in February 2016 and Steele went on researching on his own, for the public good, horrified by the things he was discovering).  It's just Democrat dezinformatsiya! And Senator Grassley (known on this page as "Chuckles" after the benignly dotty old great-uncle persona he hides beneath) is conducting these hearings in that effort. The current ploy is to get Fusion to publicly name all its clients, which they obviously can't do without violating confidentiality pledges, to force the principal to take the Fifth Amendment and look guilty.

The thing is, though, that you can't look at the Prevezon case without getting suspicious of one Donald J. Trump, who did more for Prevezon than Fusion GPS could have hoped to do, when he fired Preet Bharara in March and the case was settled without trial for a $6-million fine, notably smaller than what was expected, just weeks later.

I should add that Bharara himself didn't seem to think there was anything wrong with the settlement, sending his replacement (and former deputy) a congratulatory tweet. But it does seem to have cut off the broader investigation of Russian corruption in New York real estate (where President Trump himself has sold a lot of apartments to who knows how many shady Russians, but inquiring minds want to etc.).

And then that was before we began learning of a new connection between Trump and Denis Katsyv, in the form of Natalia Veselnitskaya, attorney and crusader against the Magnitsky Act (or Adoption Lady, because her shtik is to plead on behalf of the poor Russian orphans Putin would allow to find happy homes in America if only America would stop being so mean to his friends). Because she's not just the person who introduced Donald Jr., Jared Kushner, and more importantly Paul Manafort (another shady purchaser of a Trump Tower apartment) to the stolen Democratic National Committee emails, but also Denis Katsyv's lawyer, in that selfsame Prevezon tax evasion case based on materials Sergey Magnitsky discovered before he was silenced.

This is a very small world, people, and while I'm sure Donald and his progeny and son-in-law are far too dimwitted and self-focused to be running it, I can assure you Democrats aren't running it either. Which brings me back to Trump's tweet up there:

No, Donald, Russian support for you in the election wasn't about your so-called policies. He knew you wouldn't be able to affect oil prices and your military buildup would all be corporate boondoggling. Though he certainly appreciated your attempts to tear down NATO and the European Union, he must realize these too will be largely ineffective, and the little favor you did him on Ukraine with the RNC platform committee looks like it's headed nowhere as well.

But what he liked about you was your stupidity, and how easy it is to manipulate you. If he regrets it now, it's because everyone manipulates you--he thought you'd be all his, but you belong to the last person you talked to. At least Hillary Clinton would stick to one idea or try to explain when she changed her mind. Too bad!