West of Eden: The little things 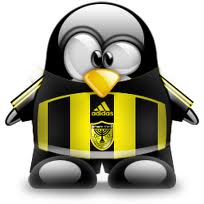 A group of hardcore fans — known as “La Familia” — have recently expressed outraged after the Beitar Jerusalem team signed two Chechen Muslim players, Zaur Sadayev and Dzhabrail Kadiyev. Members of “La Familia” were seen last month flying a banner that said, “Beitar is pure, forever.” And more recently, two members were arrested for starting fires outside the management offices of Beitar Jerusalem.
On Sunday, the tension boiled over when Sadayev scored his first-ever goal for the club. The Independent reported that many at Teddy Stadium cheered, but “hundreds” of members of “La Familia” stood up and walked out.
“The reaction to the Muslim players being here is not racist,” a 19-year-old fan named Akeeva explained. “But the club’s existence is under threat. Beitar is a symbol for the whole country.”
“It’s just a matter of being Arab,” a fan named Jacob concurred, referring to the fact that Sadayev is Muslim. “It’s not racism, they just shouldn’t be here.” (David Edwards for Raw Story)

Check out the full account at Raw Story, and the video—a very clean and elegant goal followed by the rhinoceros herd huffing out of the stadium. Count how many of the boycotters are religious, wearing those big hand-knitted kippas associated with settlers, and ask yourself how many are thinking of the Torah injunction:

But then maybe they just couldn't spare any more time off from their busy prayer schedule. (To be fair: President Shimon Peres has asked authorities to clamp down on racism, and old Ehud Olmert will refuse to attend his beloved Beitar's matches as long as they are marred by these protests. Binyamin Netanyahu has also formally condemned at least the violence aspect, using the word "racism", though it took him somewhat longer than the other guys to get there.)
Meanwhile, Ynet has the story on special Palestinians-only buses introduced by the Israeli Transportation Ministry this week:


The bus lines in question are meant, according to the ministry, to transport Palestinian workers from the West Bank to central Israel. The ministry alleges that the move is meant to ease the congestion felt on bus lines used by Jews in the same areas, but several bus drivers told Ynet that Palestinians who will choose to travel on the so-called "mixed" lines, will be asked to leave them.

Also too, only Palestinians were told about the new bus lines, in Arabic-language flyers distributed in West Bank Arab villages. Hey, it's not like they're preventing Arabs from riding on the same buses as Jews. I mean, that would be illegal, for Pete's sake.


"We are not allowed to refuse service and we will not order anyone to get off the bus, but from what we were told, starting next week, there will be checks at the checkpoint, and Palestinians will be asked to board their own buses," a driver with Afikim – the company that holds the routes franchise for the area – told Ynet.


On Saturday, some people from Umm al Amad in the South Hebron Hills, were grazing their sheep a little too close to the (illegal) Jewish settlement of Otniel, but the border police came and shooed them away. Then came a couple of settlers, in masks. So what did the cops do with them? Looks like a handshake...
And now, courtesy of +972, the other Israeli Jews, the ones who have been right about everything since—well, before the 1967 war. It's a long video, but you should take the time to watch the whole thing, because you've had enough damn snark for one day. The beautiful man who is at the center of the film died on February 9.

Email ThisBlogThis!Share to TwitterShare to FacebookShare to Pinterest
Posted by Yastreblyansky at 10:57 PM Labels: West of Eden