Lest you think the picture of education in New York City is unrelievedly grim, the Times runs a story today about (mostly elementary) schools where the PTA raises a million dollars or so a year in pledge campaigns that are largely supplanting bake sales and auctions as money makers. [jump] 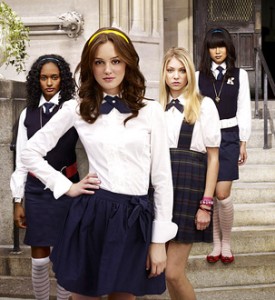 “Many now have amenities that can compete with private school offerings,” said Emily Glickman, the president of Abacus Guide Educational Consulting, a private-school admissions company, on the Upper East Side.

These schools are in some of the city’s wealthiest ZIP codes, most of them in Manhattan, and their students typically garner top scores on statewide exams. (In 2011, at P. S. 290, 88.9 percent of students were proficient in reading, and 92.9 percent demonstrated proficiency in math. The citywide averages for the subjects were 43.9 percent and 57.3 percent.)

And in a system where money and race are inextricably intertwined, most of these schools serve populations with a far greater percentage of white students than the system over all, where about 15 percent of the students are white. P. S. 6, for example, is 70 percent white, as is P.S. 234, a school in TriBeCa that also raises hundreds of thousands of dollars a year.

My own kids' elementary school on the Upper West Side was not quite in that league, but I did watch its transformation from 1999, when it was a quirky and lovely little Title I school with a pretty good "gifted and talented" program and a maybe 50% white student body, until 2007, at the height of the housing boom, when the prices of apartments had more or less tripled, and the school had been taken over by parents new to the neighborhood who would normally have sent their children to private schools at $30,000 a year but found that their mortgage payments were getting in the way of that plan; while a public school could be a nice deal, with a PTA levying a voluntary contribution of $1000 and up and the Power Moms seeing that the money was responsibly spent.

It was still a pretty good school by any reasonable standard (though I didn't care for the new principal at all), but it wasn't Title I any more, and it didn't seem to be as integrated, especially in the "gifted" classes, and I—though white as a ghost myself—didn't feel as comfortable there, socially, as I had.

Not that I'm blaming any of those parents, who were generally lovely people and just doing the right thing by their babies (and who always said, during the pledge drives, "It doesn't matter if you can't give the whole amount as long as you give something—it's participation we're aiming at"). But


[a]t a time when the city’s schools have had their financing cut by an average of 13.7 percent over the past five years, the money has buffered these schools from the hard choices many others have had to make.

And the state government literally owes the New York City Department of Education billions of dollars (from the settlement of the Campaign for Fiscal Equity lawsuit, 1993-2007) that Governor Cuomo simply declines to pay.
The reason for the judgment in that lawsuit is that the state constitution's guarantee of a free public education for every child has been interpreted to mean an equal education for every child. But you can see that that just isn't happening.